This edition of the MEC Poker Open has 3 starting days. Today it was time for day 1A and there were 66 entry’s. At the end of the day 10 players proceeded to day 2 and secured a mincash.

The players that made it to day 2 are secured of a place in the money. If you make it to day 2 you’ll get rewarded with a price. The first player to be eliminated was Ben Schot. He was soon followed by Hans Mark Viser. Both players did a re-entry and could start all over again. At day 1a we saw some familiair faces. Known under the Belgian players were Marc Hansens, Patrick Jowa and Xavier Charlier. Marc Hansens has almost $200.000 live earnings but couldn’t make it to day 2.

Xavier Charlier, the winner of the APAT Main-Event this year, was also seen at the tables. He got elimated at 33th place.Patirck Jowa also got elimated. He finished 31th.

Late registration was closed after the dinnerbreak

When the dinner break arrived there were 66 entry’s. Some big pokernames from Holland and Belgium were playing day 1A. From Holland we saw Jean Phillepe Schoonbrood with $327,228 live earnings, but he had only 12.400 chips left after the late registration ended. The chipleader was Arij van der Lee with 97.000 chips.
The adventure of Schoonbrood ended soon after the dinnerbreak. He lost all of his chips and was eliminated at the 45th place.

Around 12 o’ clock the last 2 tables were in play. The average stack was around 80 big blinds so all the players had plenty of space to make some moves or wait for some big hands. At the last 2 tables we saw Kristy Jonkergouw and Janneke van Veldhoven who both had a decent stack. Ben Schot, who was eliminated as the first player, had more luck with his second bullet. He made it to the last 2 tables and was sitting comfortable with his stack. 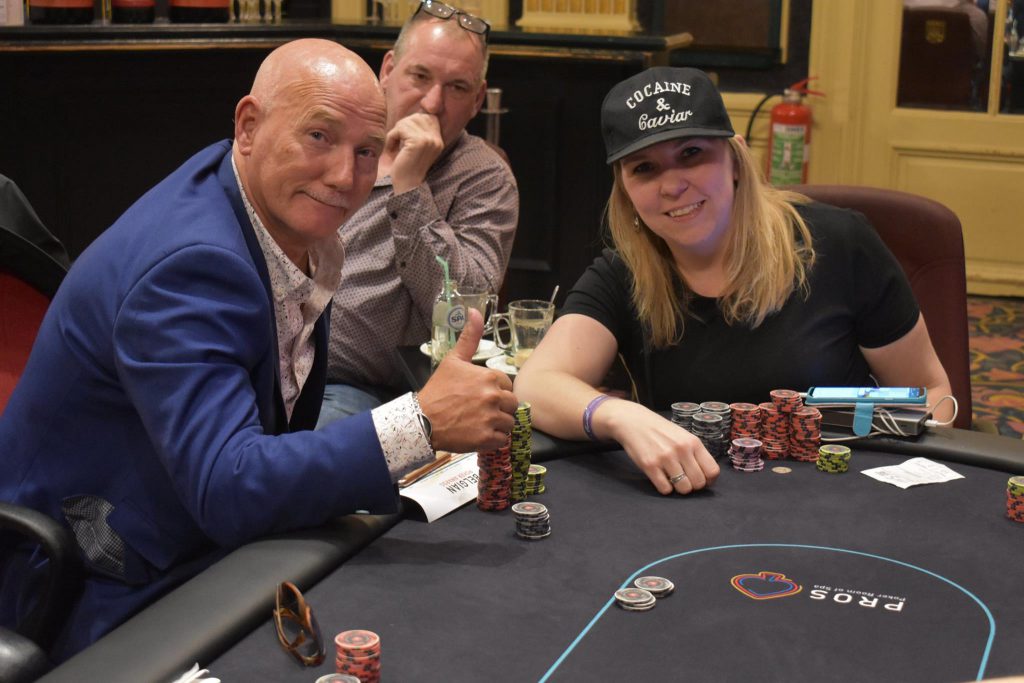 These are the players that made it to day 2:

Today Bwin and MEC Pokerevents announced cooperation in sponsorship for the MEC Poker Open events which are held in Casino de Spa, Belgium.

The MEC Poker Open is a poker tour based in Belgium and is aimed at (semi)- recreational poker players who prefer to play a high quality, low buy in casino tournaments. This ensures that a great poker experience is guaranteed for all players.

The new partnership with bwin will include online promotions, online events and satellites to future stops for bwin customers.

April marks the start of bwin poker’s first ever collaboration with this new poker tour, giving poker enthusiast from across the Belgian region lots to celebrate this year.

The first MEC Poker Open event held in October 2018 sold out in record time, which caught the attention of bwin poker.

Every MEC Poker Open event features exciting tournaments, bounty events, and cash games, with an emphasis on having fun and enjoying poker in one of the oldest casino ambiances of Europe.

The new partnership gets going from 4th -7th April at the next stop in Spa, Belgium. The final day will have a livestream you can find on the bwin poker website.

bwin players will be able to start competing in online satellites starting from 31st March with a direct seat only qualifier, 3 seats guaranteed and $11 buy-in.

Join the sattelite for the MEC Poker Open!

“Our new collaboration with the MEC Poker Open is a unique one and a recognition of how successful we believe the MEC Poker Open events will be. MEC poker Open complements our already strong live offering supported by Party Poker Live. Offering a slightly lower buy-in tier will be welcomed by our players for either the fun experience, or as an early exposure to the world of live poker.”

“Partnering up with Bwin marks a new chapter for MEC Poker Open and promises many extras that our players will enjoy for sure. With the MEC Poker Open, we hope to give the players a great poker event in a good and player friendly atmosphere. We are proud and excited to collaborate with one of the most recognised and trusted brands within the industry.”

Nominated for the Belgian Poker Event Of The Year!

Today we heard that we're nominated for the best poker event in Belgium!

On the 13th of April the Belgian Poker Awards will take place at Casino de Spa. A jury of 30th famous Belgian people who are working in the Poker world have nominated the MEC Poker Open for the best Event that took place in 2018!

If you want to vote for us to win the award for Best Poker Event you can vote at the Facebookpage of the Belgian Poker Awards (button below).

Vote for the Belgian Poker Awards

The next MEC Poker Open will take place from 4 till 7 April in Casino de Spa. You can still buy a ticket for (hopefully) the best poker event in Belgium!

The final day of the MEC Poker Open will have a live streamed TV table. This means that you can follow all the action live! The stream will be live on Twitch and will be hosted on several websites.

The live stream of the final day will have two commentators. The first commentator is Tom Slikboer. Tom is a well known personality in the Belgian poker scené. He founded the APAT Belgium a couple of years ago. Currently he has a supporting function at a local pokerclub in Belgium, called Double Up.

The second commentator is Roy van Boven. Poker is one of Roy his biggest hobbies. His nickname is “raging reporter” and this reveals that he is an experienced reporter. He says it’s a good thing he’s taking place in the commentary booth, because talking about poker suits him better than actually playing it.

Where can you find the stream?

The exact channel and url where you can find the live stream will be announced in the next days. Join the MEC Poker Open Community to stay informed.

The first ever MEC Poker Open is finally there!  This weekend over 450 pokerplayers will compete for a huge first prize. Hereby we give you the latest and most important information.

This weekend all announcements and updates will be published in the MEC Poker Open Facebook Community. We strongly advice to become a member of the community. Click here to visit the community

Did you book your stay with us? Than you are staying at Hotel Corsendonk Sol Cress (adress: Spaloumont 5, 4900 Spa, België).

Check in: Untill the start of the Main Event it is possible to check in at the hotel. At 2PM our staff will go to the hotel to get all the room keys. Check in will be possible from that moment at the MEC Poker desk in the casino.

Foto: At the left of the Hotel Radisson Blu you see the elevator/cable car. 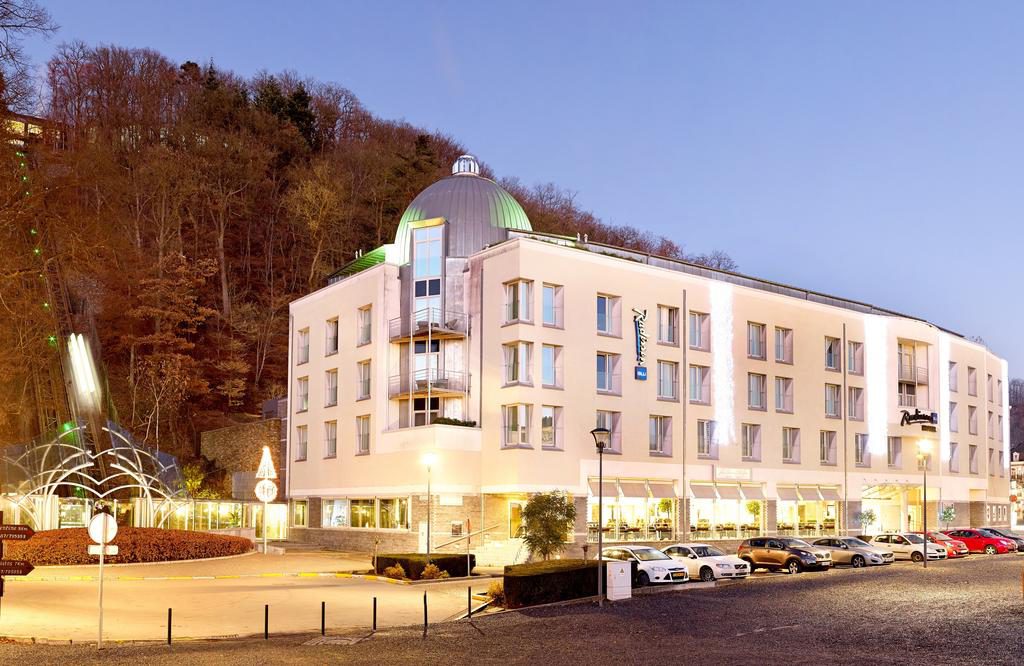 If you want to have a drink or don’t feel like walking to your hotel you can order a cab of Jean-Yves. This company charges €8,- per transfer in a cab. This is for maximum 4 persons (€2,- per person).

Parking near the casino.

It is possible to park at the centre of Spa, but be aware that many places have a maximum parking time. During the afternoon it is pretty busy at the city centre, so we advise to go with the elevator or to order a cab.

Arrival at the Casino.

When you arrive at the casino you need to show valid identification to enter the Casino. When you visit the casino for the first time, we advice to come early, because you need to register at the casino as well. We expect that all players will come at the same time. If you don’t wan’t to be late for the start of the event, make sure you are at the casino between 1 and 1.30 pm.

I am in the casino, what to do now?

The main pokerroom is upstairs. There you can find the seat draws. As soon as you found your table and seat you can go to your table. At the table you need to present valid identification to the dealer. After you did this you can take your seat. 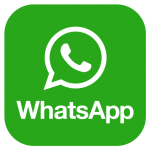